The new pictures could shed light on the remarkable surface features, including craters and tectonic faults.

June, 9,2021 :  Hovering as close as 1,000 km to the surface, the Juno spacecraft visited the biggest moon in the solar system — Ganymede. The probe has beamed back high-resolution images of the moon, after the first flyby by a craft in over two decades.

The new pictures could shed light on the remarkable surface features including craters and tectonic faults. “This is the closest any spacecraft has come to this mammoth moon in a generation,” said Juno principal investigator Scott Bolton.

The images captured from the Jupiter orbiter’s JunoCam imager and the Stellar Reference Unit star camera show the distinct dark and bright terrain of the moon and long structural features on its surface. Nasa said that the spacecraft managed to capture almost an entire side of the water-ice-encrusted moon. 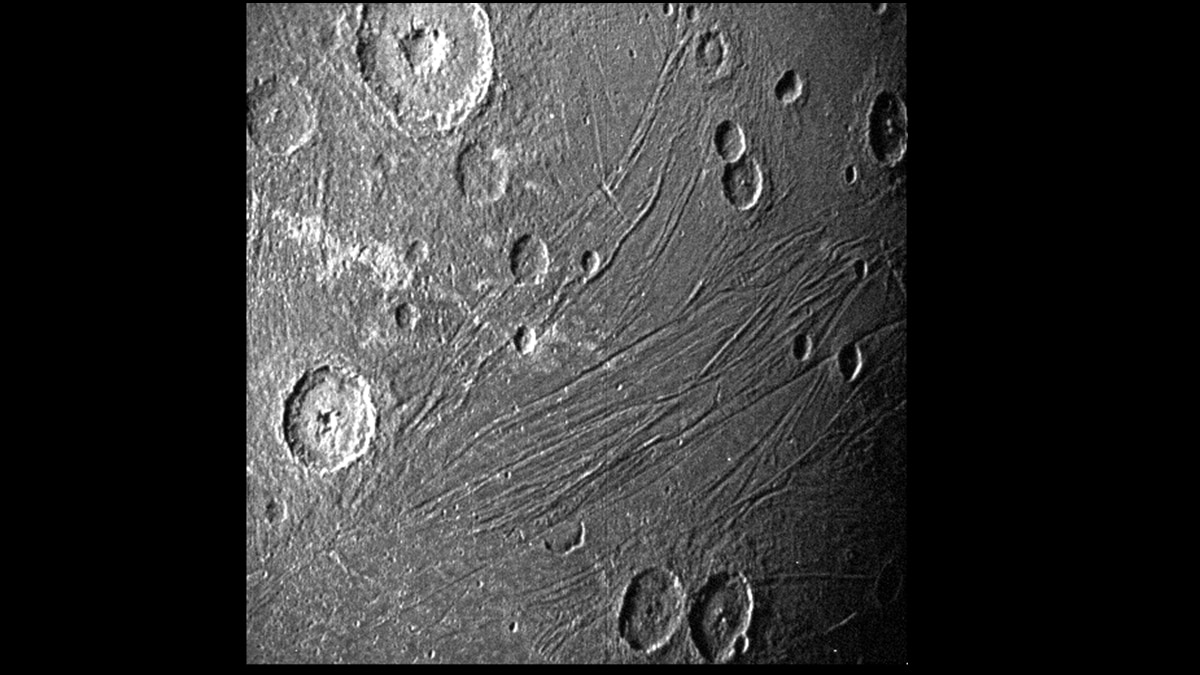 This image of the dark side of Ganymede was obtained by Juno’s Stellar Reference Unit navigation camera during its June 7, 2021, flyby of the moon. (Photo: Nasa)

Scientists will now work to form a colour portrait of the Moon, which is bigger than the planet Mercury. When the images are received, imaging experts will filter them out to give out the new image of this icy world. The black and white pictures were provided by the navigation camera that keeps the spacecraft on course. The spacecraft captured the dark side of the moon (the side opposite the Sun), which was slightly illuminated in Jupiter’s dim light.

“The spacecraft will send more images from its Ganymede flyby in the coming days,” Nasa said. Scientists are hopeful that the latest flyby will help them in understanding the Moon’s composition, ionosphere, magnetosphere, and ice shell while also providing measurements of the radiation environment. With three giant blades stretching out some 66 feet (20 meters) from its cylindrical, six-sided body, the Juno spacecraft is a dynamic engineering marvel. (Photo: Nasa)

Juno, which has been making sweeping orbits around Jupiter, began collecting data about three hours before the spacecraft’s closest approach and peered into the Ganymede’s water-ice crust, obtaining data on its composition and temperature. Named after Jupiter’s wife, the goddess Juno, the spacecraft was launched in 2011 and reached its destination in 2016. Since its arrival in Jupiter’s orbit, the spacecraft is trying to understand the origin and evolution of the planet by peering through its dense cloud cover.